Bitcoin For Beginners: The Basics

This post may contain affiliate links and we may earn compensation when you click on the links at no additional cost to you. All opinions are my own. Please read my disclosure for more info. 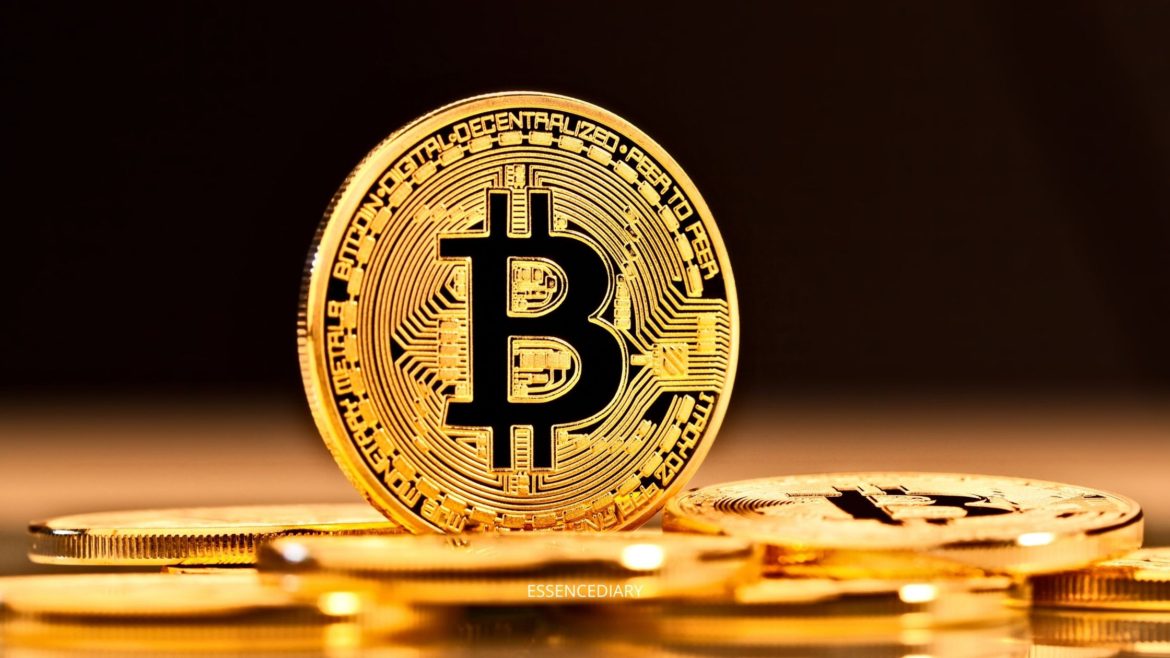 It seems like crypto has become the latest buzzword in the financial sector. And while this is because of Bitcoin’s stupendous growth, it’s important to understand that there are multiple crypto-currencies out there and which ones you invest in should depend on your needs. Today, we’ll go over the basics of the most popular and oldest cryptocurrency, Bitcoin.

What is Bitcoin and how does it work

Bitcoin is a cryptocurrency and worldwide payment system. It’s the first decentralized digital currency, as the system works without a central bank or single administrator. The network is peer-to-peer and transactions take place between users directly, without an intermediary.

Bitcoin was invented by an unknown person or group of people under the name Satoshi Nakamoto and released as open-source software in 2009.

Bitcoin offers the promise of lower transaction fees than traditional online payment mechanisms and is operated by a decentralized authority, unlike government-issued currencies.

How much bitcoin is there?

How to buy Bitcoin?

Bitcoin is bought on digital currency exchanges, which are similar to stock markets for trading bitcoin in exchange for other currencies or traditional money (with the notable exception that stocks generally aren’t used because they trade easily enough without an intermediary). There’s a wide variety of exchanges, each of which has a different interface and requires varying amounts of personal information to open an account.

The easiest place to start is through Cashapp. Why? Most people already have the app on their phone or use it regularly so it will be easy to make crypto transactions. Cashapp also has some great educational material if you’re new to crypto.

Another good exchange would be Coinbase, which is a simple and straightforward way to buy Bitcoin.

How to store your bitcoin

There are two major types of services for storing bitcoin.

One is a wallet, which stores the private key to your public address and allows you to send or receive bitcoins using that address. The other service type is an exchange, where you can buy or sell Bitcoin in return for traditional currency like dollars and euros.

It’s up to you to decide which service is the best one for your needs. There are advantages and disadvantages of each option so make sure that one choice fits your needs best before deciding on something long term.

What is a digital wallet?

A digital wallet is a software or application that stores information about your bitcoins. They are an essential tool for protecting bitcoin addresses and keeping track of balances.

There are many different wallets that you can use for storing your bitcoin.

Hot wallets are wallets that are required to be connected to the internet. This may be the exchange or platform where you purchase your bitcoin from e.g Cahsapp, Coinbase, Binance. It is also the place where you can send and receive Bitcoin. You can store your bitcoin on the exchange, but this is not recommended. If for some reason the exchange goes dark, your Bitcoin disappears with it.

A warm wallet can be either software-based or web-based. With software wallets, you may download an app like the Exodus wallet on your phone to store your crypto. The web-based wallet is accessed through a web browser and you do not have to download anything. These wallets are safer than a hot wallet but can still be prone to hacking because they also connect to the internet.

A cold wallet is usually a hardware or paper-based storage device that doesn’t connect to the internet. An example of this would be the Ledger hardware wallet or Trezor hardware wallet. The most secure way to store your Bitcoins and other cryptocurrencies are in these wallets, but they do not allow you immediate access if you need funds for an emergency like being stranded somewhere without cash.

The most popular is a hardware wallet (cold wallet/storage), which offers increased security as well as the ability to access from anywhere in the world without needing an internet connection. There are also paper and desktop wallets if you don’t feel comfortable with keeping them on your phone or computer.

You have the option of downloading a mobile wallet or using a web-based wallet. Mobile wallets are convenient to use and allow you access anywhere – but be aware that they can’t help with security if your phone gets lost, stolen, or damaged. Web-based wallets are more secure since the code is encrypted on your computer so it won’t run off with someone else’s device.

You can also use a “multi-signature” wallet, which means that multiple people have to agree before any Bitcoin is sent. This is helpful for businesses and families or anyone who wants enhanced security when it comes to their bitcoin holdings.

If you’re planning on using your Bitcoins shortly, I recommend storing them in a mobile wallet for ease of use. If you’re storing it as an investment or to build wealth, I recommend using a cold wallet to minimize the chance that someone else will access your account and be able to steal or lose your bitcoins entirely.

The digital nature of Bitcoin makes it easier to steal than cash. If you lose your wallet or someone finds out the password, they can access and spend all the Bitcoin in that wallet without you knowing. However, this is also what protects Bitcoins from being able to be inflated by a central authority like most fiat currencies – you are in complete control of your Bitcoin.

This means that Bitcoin wallets are inherently more secure than traditional banks in some ways!

It’s always a good idea to back up your Bitcoin wallet. It’s not like keeping cash in a bank, where the institution insures it for you and replaces what is lost if they fail. If you lose or break your phone, get robbed, have a hard drive failure on your computer, you could end up losing all of your Bitcoin!

Bitcoin is a great investment because of its limited supply. Bitcoin has been designed to be scarce, like gold or other precious metals. This means that the price will continue to go up over time as more people buy them and demand outstrips supply!

How much to invest in Bitcoin

It’s up to you! But just like the stock market, don’t invest money that you can’t afford to lose (like money for bills, groceries, etc.)

Where can I learn more about Bitcoin?

If you want to learn more, about the origin of Bitcoin, check out the Bitcoin Whitepaper. It is the first document published that outlines what Bitcoin is, how it works, and how it is mined.

Read more: Why Investing Is Important: 7 Things You Should Know

14 Easy Tips On How To Save Money Fast

How Long Does it Take for Affirmations to...

How To Start Homesteading With No Money

40 Frugal Living Tips To Help You Save...

How To Create a Home Gym

Financial Independence: What is It and How Do...

This website uses cookies to improve your experience. We'll assume you're ok with this, but you can opt-out if you wish. Accept Read More